The South End Art Hop is a sensory feast, with hundreds of artworks, live music, food and drink, and revelers on the streets. So, who would want to hang out in a jewelry shop trying on pendants and rings? Loads of people, it turns out.

Alchemy Jewelry Arts Gallery, on the corner of Howard and Pine streets, is a prime Art Hop spot, an anchor among the studios in Howard Space Center. Light spilling from its storefront windows seems to beckon you inside. There, the ancient allure of sparkling gems and lustrous metals aligns with the buoyant presence of designers Connie Coleman and Marie-Josée Lamarche. Visitors — buyers and browsers alike — are welcomed here.

But if Art Hop brings exceptionally large crowds, the business of handcrafted jewelry holds steady the rest of the year, too. During the Pine Street farmers market on Saturdays, for example, 10 or 12 customers might stroll into the shop at once — and that’s a challenge with just two proprietors on hand.

“We take a lot of time with each client,” Coleman explains. “There’s a lot of storytelling.” A couple is getting married, say, and wants uniquely designed bands. Another has an idea for an anniversary gift. A young woman seeks a replica of her grandmother’s ring.

“People sometimes come in to buy something, then they become clients and we make special things for them,” Coleman says.

“There’s a lot of emotion in every piece we make,” Lamarche observes. “The last thing we want to do is rush people.”

That’s why they’ve hired two employees: gemologist Rebecca Rosenthal and Sylvan Maia, whom Coleman calls “our shop queen — she does everything.”

Coleman and Lamarche met when late goldsmith Timothy Grannis first opened the gallery, in 2009, as a multi-merchant collective of four jewelers. Coleman, originally from Maine, had apprenticed with Grannis for nine years before that in his previous, eponymous jewelry store in downtown Burlington. She also had studied jewelry design with Laurie Peters at the University of Vermont and with Burlington goldsmith Jacob Albee. 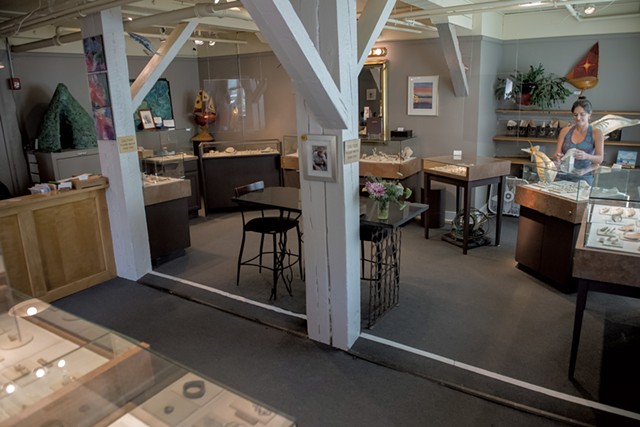 Montréal native Lamarche learned her craft at l’Ecole de joaillerie de Montréal, earning an Award of Excellence in 2006. “You can use their studio after graduation to start building a collection,” she says of the school. Lamarche moved to Vermont in 2007 and initially worked for Shelburne jeweler Matthew Taylor. But, she says, “I had my eye on Timothy Grannis. He had wonderful designers and was such a high-quality person. The timing was finally right in 2009.”

Since Grannis died in 2015 and jewelry designer Jane Frank moved to her home studio, called Werkstatt, Coleman and Lamarche have lady-bossed their way to a successful business partnership. Both moms of two kids, they’ve also developed a supportive friendship.

“I didn’t know when I met Marie-Josée that there were so many things we had in common,” Coleman says. “We’re very close. We went through the pandemic together,” she adds. “We’re so lucky to have someone to talk with.”

Both women appreciate having Brevik and Mohrman on the premises. “We wanted that feeling of other creators around us,” Coleman says. And yet handcrafting jewelry is necessarily a solo endeavor — one that Lamarche calls “meditative and peaceful.”

She creates several collections that “all go in different directions,” Lamarche says. One features geometric pieces imprinted with the woven texture of silk. Another is “softer, organic, flowing,” she describes. Examples include bangles and rings with wavy, asymmetric contours that emulate a river, and “golden flower” stud earrings made of colored golds and a tiny diamond center.

Coleman continues to make some items based on Grannis’ distinctive designs. One of her favorite original lines is what she calls the “Mt. Philo twig collection” — pieces cast to resemble actual twigs or to have a bark-like surface. The idea evolved from a couple of women who “wanted to propose to each other,” she says, “and they wanted something sentimental from their shared experience.” That happened to be hiking.

They haven’t been Coleman’s only nature-loving clients. Another time, “a really sweet woman who owns an apple orchard came in,” she recalls. “I made her and her husband rings based on apple trees.” 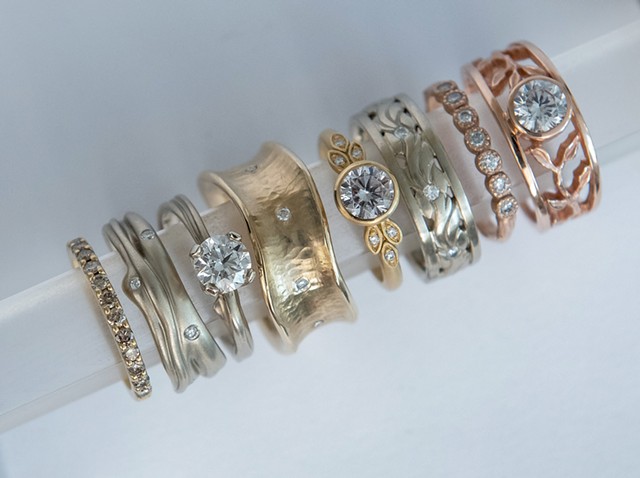 Prominent in Coleman’s oeuvre are stackable rings in a variety of designs and metals — from simple bands to diamond encrusted. They are pretty, delicate and feminine. But her most remarkable ring commission was one for the first Black, female Episcopal bishop in Vermont, Shannon MacVean-Brown, who was ordained in 2019. “It was a big, knuckle-to-knuckle ring for the middle finger,” Coleman says. “I had the idea to incorporate her Black heritage, so I put an [Egyptian] ankh on one side, and a lily — a Christian symbol — on the other. It’s a wax seal, too, for certifying letters.”

After completing the bishop’s ring, Coleman adds with a chuckle, “People from the congregation started bringing in things from the church to repair.” That was an indicator, she suggests, of “the trust our clients need to have with [us].”

Trust is a factor with valued family jewelry, as well. Coleman and Lamarche frequently resize, replicate or repurpose heirloom pieces. “People don’t realize how simple it is,” Coleman says. If the band of a ring is worn out, for example, she might transform the item into a pendant.

“One thing that comes up for us a lot is ethically sourced gems,” she says. “We’re getting them from Canada. And all of our metals are recycled.”

Though Coleman and Lamarche maintain plenty of handmade inventory in their gallery, their unique commissions might be the most satisfying.

“We do a lot of custom work,” Lamarche says. “Some people know exactly what they want, and some don’t know at all. Some are in that sweet spot: They have some idea, and they know you’re the right designer.”

It’s the kind of work that turns a curious customer into a beloved client. Call it alchemy. 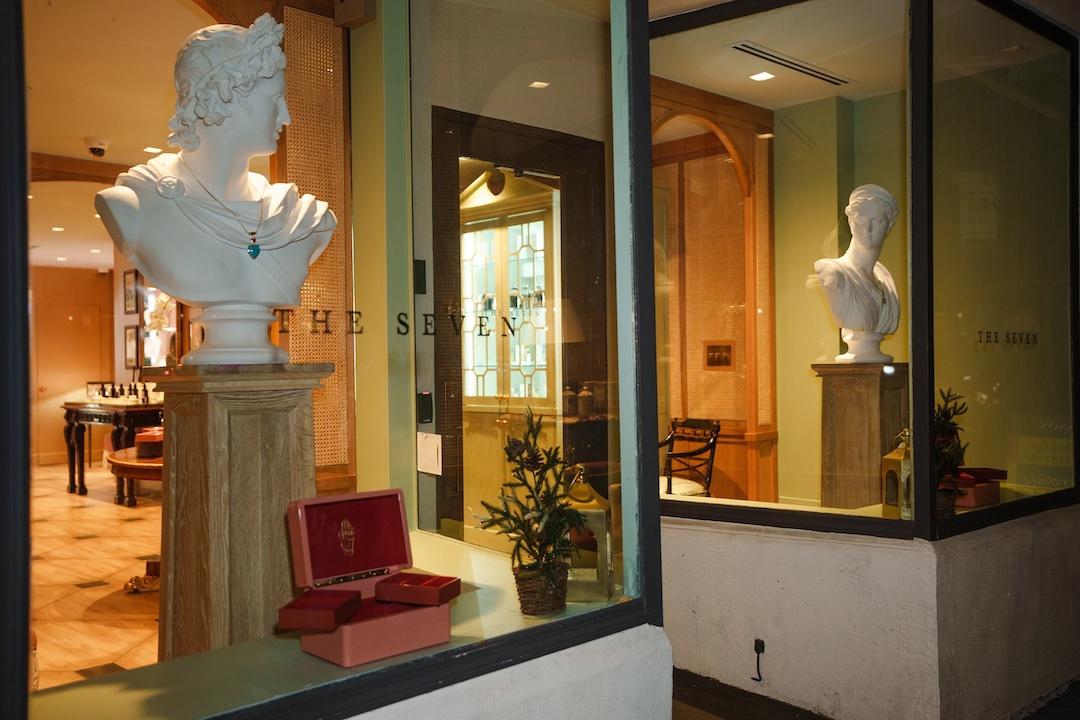